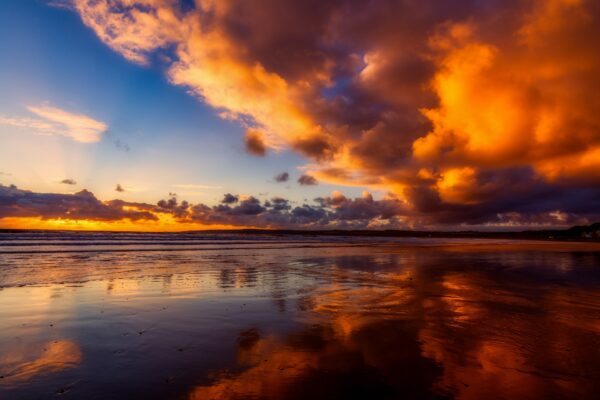 “But lift up your rod, and stretch out your hand over the sea and divide it. And the children of Israel shall go on dry ground through the midst of the sea.”‭‭ Exodus‬ ‭14:16‬ ‭NKJV‬‬
“And one of them struck the servant of the high priest and cut off his right ear. But Jesus answered and said, “Permit even this.” And He touched his ear and healed him.” ‭Luke‬ ‭22:50‬ -51 NKJV

Hey loves! I know it’s not Wednesday, but this is the perfect mid week post, so I had to place it in this category. Also, if I’m being 100% transparent, it should have been finished on Wednesday. Busy week, but let’s get into it!

In my mid twenties, I became friends with a guy that I ultimately ended up dating. Because we were such good friends first, I just knew that we’d end up together. When we had a conversation about it, which I can do a whole post about in itself because if you have to have a conversation on where you stand or “what are we”, you already need to be making an exit. That’s a post for another day… So we start discussing it, and he told me “you’re such a good woman, but I’m not a good man.” I was baffled by what he felt about himself. Not only that, it made me sad for him. Needless to say, we didn’t end up a couple and shortly after, we stopped talking altogether, but what he said has stuck with me in my spirit. How many people are walking around thinking they aren’t good? They don’t deserve good? People stop believing in God because they feel like they aren’t good. People leave the church if they realize someone in it isn’t good. Which always interests me because an imperfect person is coming to church expecting perfection from more imperfect people? That’s a mouthful! I mean, church people should be perfect right? No! We are all people. Humans. If we were going to be perfect and weren’t going to mess up and stray, Jesus would never have had to die. God knew we would mess up.

So why do we have this notion of not being good? And that if we aren’t good, the only other option is to be bad? Why do we feel like we are forever disqualified from the love of God, just because we did ungodly things? God specializes in mercy! He gives His grace without you having to compensate Him! All you have to do is turn your heart back to Him. That’s what repentance is. To say, “God I messed up, but I’m sorry.” All He’s looking for is your acknowledgment of the wrong and a turned heart back to Him. You want to know the best part about it all? God erases the evidence of you ever being that old person. How do I know? Glad you asked!

Let’s take a look at our first Bible verse. Pharaoh agreed to free the Israelites, but then he changed his mind. The Bible says “God hardened the heart of Pharaoh.” Why is that? Because God doesn’t want anyone getting the glory but Him. Had the story ended with Pharaoh letting them go, people would’ve said Pharaoh freed them. Don’t act like y’all don’t know how we do. We pray for a miracle, a person randomly blesses us, and we keep thanking the person, praising them like they are such a blessing, when really they are just the vehicle that God used to orchestrate the blessing. Yes, thank them for their obedience, but thank God for the instruction! Pharaoh could not get the glory here. He and his chariots went after them. Moses and the Israelites were trapped. It was either they go into the water and drown, or they are killed by Pharaoh and his army. That’s the only two options they saw. God tells Moses to lift up his rod and stretch his hand over the sea. When he does, God parts the Red Sea. Now for some, that’s enough to be amazed. But Our God is so strategic, so good, so intentional about every detail—that’s why you don’t need to be questioning why God made you like this or that. He does everything with intention! The Bible specifically says “and the children of Israel shall go on dry ground through the midst of the sea.”

Don’t just breeze past that. Why did God make the ground dry? Because He erases! We all know that any mud at the bottom of the sea is going to be wet. Wet dirt makes tracks. You know how the kids come strutting through the door on a rainy day, leaving footprints and debris from their “accidental” step in the mud or puddle. Yea, I have a 10 year old boy, so outside dirt is regularly seen from my back door to the freezer in the kitchen and called an accident (rolls eyes). Had the ground been wet, the Israelites would’ve arrived to the Promise land, looking like where they came from. But it was dry! So that meant all they would have is a memory of being a slave, but they wouldn’t look like one. O M G stop and think about that! Many of us have a memory of where we’ve been, what we’ve done, what we’ve been through. And it keeps us humble and able to help someone else. However, we don’t look like what we’ve been through! That’s God, that’s intentional, not an accident. So don’t even trip when people from your Egypt start hatin’ and telling you “well I remember when you use to do…” or “I knew you when you were like…” That’s not you anymore! God erased that!

Some people are convinced right here and we could stop and pray now, but I feel like some need a little extra proof, so here it goes.

Let’s look at our second verse of the day. This is when Judas had come to betray Jesus. He shows up with this whole mob. Peter was with Jesus, and if you know anything about Peter, he was “ride or die” before that was even a term. He was a soldier. Peter draws his sword and cuts off the ear of one of the centurions. Jesus is like “my bad, my homie Peter be trippin’. Peter, put your sword back.” And Jesus picks up the ear of the centurion and heals it. Now why would He do that? Because if they tried to bring a charge against Peter, they would have no evidence to do so! He ERASED it!!

There is nothing too much for God to heal. Too messed up for Him to restore. No matter what mistakes we make, we are His. “What do you think? If a man has a hundred sheep, and one of them goes astray, does he not leave the ninety-nine and go to the mountains to seek the one that is straying?” (Matthew‬ ‭18:12‬ ‭NKJV‬‬) You’re never too bad for God. There is so much bad doctrine floating around the world. Like if we mess up in any way, we are no longer good enough for God. That’s not true and is a lie that the enemy tries to get people to believe so that we can never have the life God wants us to have. He doesn’t care if we have A life, just as long as it’s not THAT life. God doesn’t care if you’re strung out, just left the bed of someone you don’t even know, a slut, a cheater, a manipulator, a liar, divorced, a baby momma, an alcoholic, or any other labels the world tries to place on us. All He cares about is your willingness to say ‘yes’ to Him. It will take some time to heal the memory, heal the brokenness, detox you from Egypt. But you won’t have any evidence that you were even any of those things. Why? Because God erases!

God, we thank you for being you. For being so good. Thank you for sending Jesus to die for us and our sins. At this moment, we repent of our mistakes, and turn to you. Cleanse us. Cover us with your precious blood. Renew us to where when people see us, all they see is you. We honor you for being merciful. We acknowledge that your grace is sufficient. We surrender our hearts to you. Erase the evidence, God. That we might be presented spotless. We give you glory, we give you honor, and we give you all praise. In your son Jesus’ name. Amen 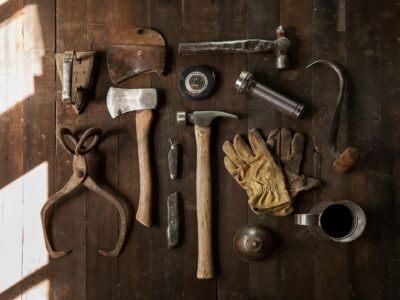